Mobile PhonesSamsung
By NewsTeam On Feb 10, 2020 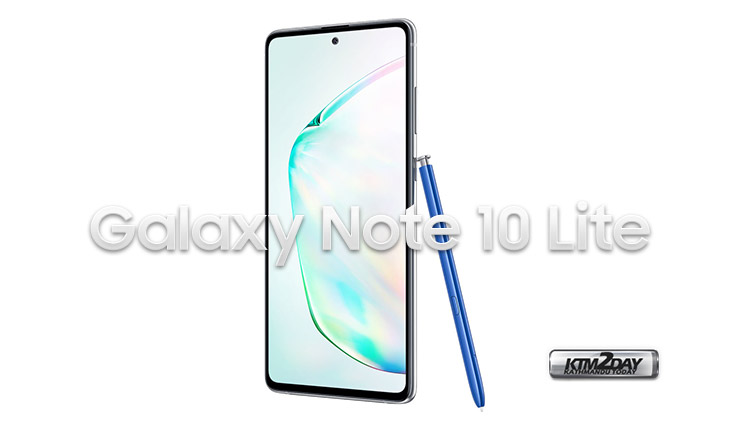 With the arrival of these two models, the S and Note families gain a new member that, although simpler, does not give up features such as the triple camera, powerful processors or in the case of the Note, the S Pen.

Being a Galaxy Note-series phone, the Galaxy Note 10 Lite comes with an S Pen, and features an in-display fingerprint sensor for authentication. Let’s see what they offer us. 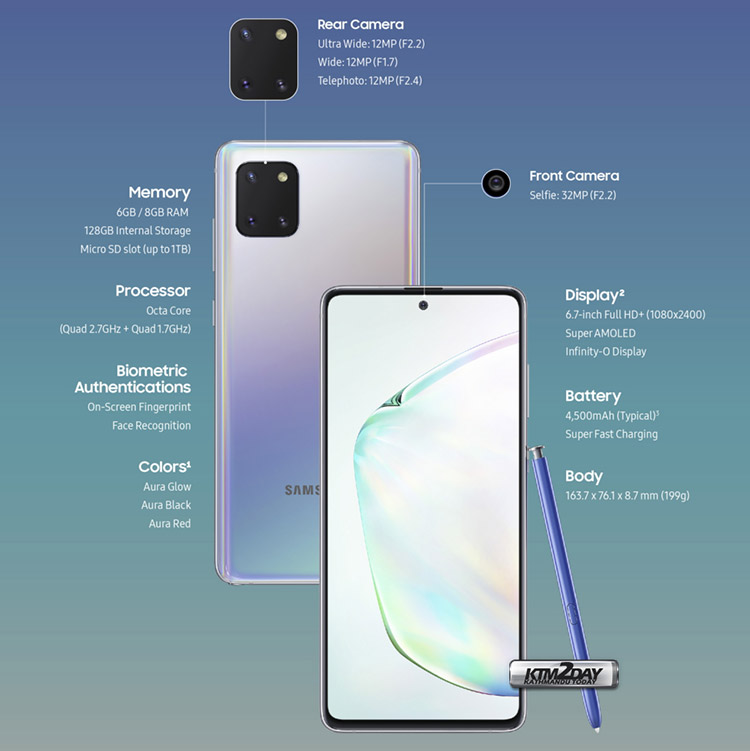 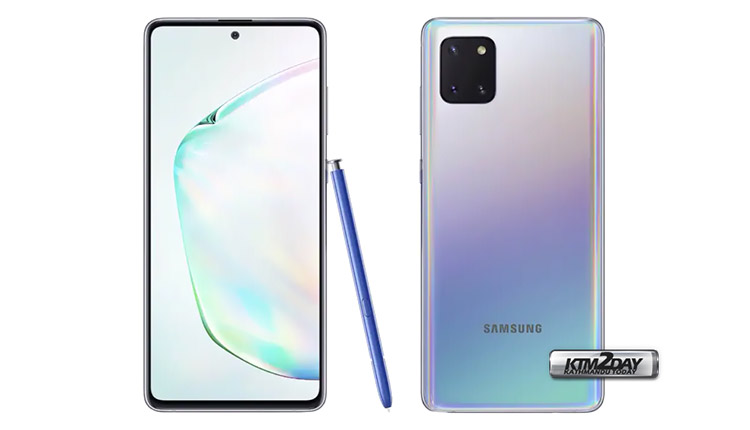 The design is similar to what we saw on the Galaxy Note 10, however, the corners are a little more rounded and the chin is slightly thicker.

The phone comes with the S Pen stylus, which links via Bluetooth Low-Energy (BLE standard) and offers the usual set of features such as multimedia control, clicking a picture, and Air Commands.

The Galaxy Note 10 Lite is powered by a 10nm octa-core processor in which four cores are clocked at 2.7GHz, while the other four tick at 1.7GHz. Samsung has not specified the make of the processor, but leaks suggest that the phone will come equipped with the in-house Exynos 9810. However, a Samsung representative stated  that the processor inside the Galaxy Note 10 Lite might vary by markets, which means a Snapdragon variant might be in the pipeline well. The 10nm SoC is paired with up to 8GB of RAM. 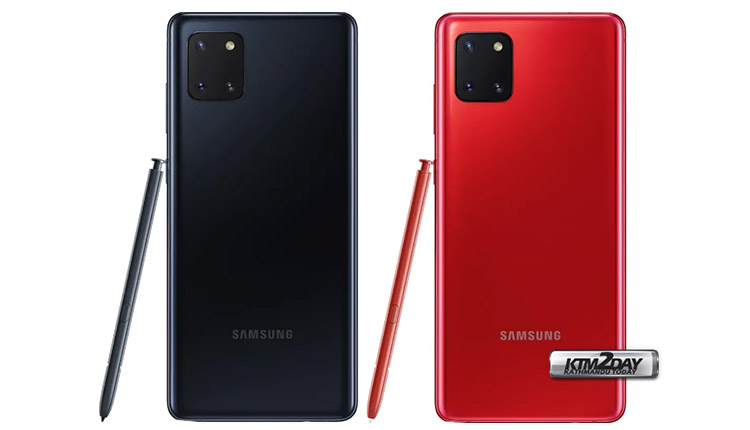 Galaxy Note 10 Lite comes equipped with a 4,500mAh battery with support for the proprietary Super Fast charging technology. The phone also features an in-display fingerprint sensor for authentication. It offers 128GB of onboard storage that can further be expanded via a microSD card (up to 1TB). Dimensions of the Galaxy Note 10 Lite are 76.1 x 163.7 x 8.7mm, and it tips the scales at 199 grams.

Samsung Galaxy Note10 Lite has been launched in Nepali market. The device has been officially launched at a price tag of NRs. 59,999 for the 8GB + 128GB model and will be available in Aura Glow, Aura Black, and Aura Red colour options.