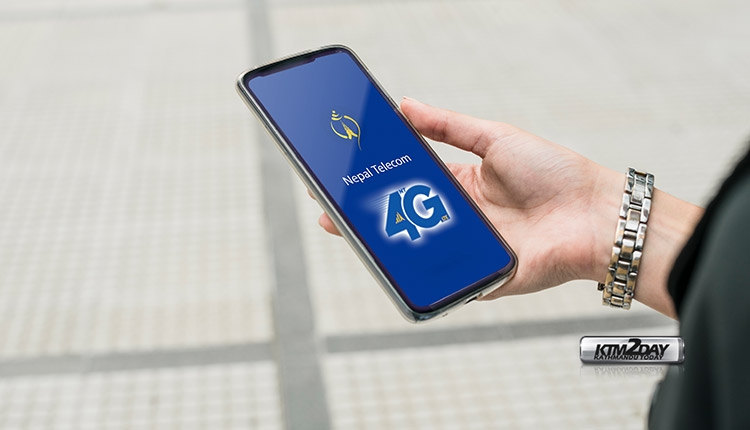 The number of fourth generation (4G) mobile network subscribers of Nepal Telecom (NT) has reached 4.1 million after its service expansion.

According to Nepal Telecommunications Authority, NT had around 800,000 4G users till September last year. On October 3 last year, NT inaugurated its 4G service in 32 districts simultaneously. From then till date, service has been expanded to 66 districts.

Prior to this, NT had been providing 4G service in a few places of Kathmandu and Pokhara only. Meanwhile, after expanding its 4G service, NT has come up with its new schemes to encourage people to use its 4G SIM cards.

Meanwhile, during the South Asian Games 2019, being a telecom partner, NT had distributed 4G SIM cards to all the participants from within and outside the country. However, 4G expansion in the mountainous region has become a challenge for the telecom firm. Moreover, the heavy snowfall at present has affected expansion works.

As per Nepal Telecom, over 6.5 million subscribers of NT could benefit from the new 4G expansion plan. Along with the expansion of 4G service, the company expects to strengthen its position in the data market as well. NT was the first telecommunication company to introduce 4G service in Nepal in January, 2017.

Besides NT, currently Ncell has expanded its 4G services in 44 districts, while Smart Telecom has been providing 4G services in Kathmandu, Bhaktapur, Lalitpur and Pokhara.

First batch of ‘Remedisivir’ for corona patients arrives in Nepal(With…