Reconstruction of the historic Durbar High School has been completed.

With the reconstruction of the high school, the construction company officials will monitor it and hand over the building to the government by mid-February. 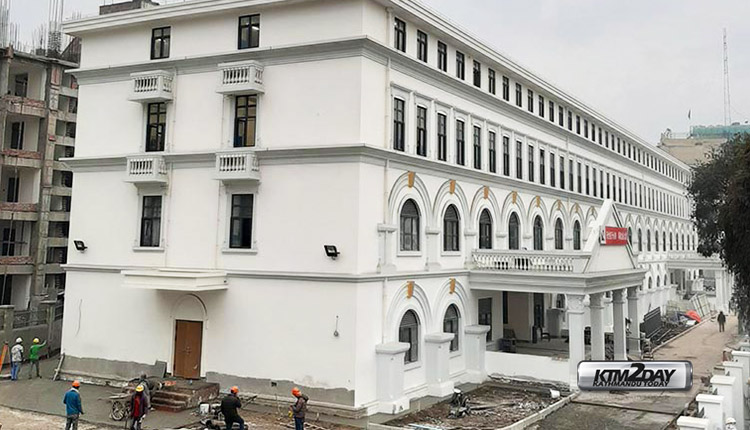 Currently, decorative and other finishing works are being carried out on the premises of the school. Shanghai Construction was tasked with building the school with full support of the Chinese government.

The four-storey building has 40 rooms. A total of 100 workers were mobilised everyday for the construction. It took 19 months to complete the work.

Established in 1853 by the then prime minister Jung Bahadur Rana for educating only the children of the Rana family, the school was later opened for the children of common Nepalis in 1907. After introduction of the National Education System in 1973, the school has been running under district education office.

Nepal witnesses drop in tourist arrivals by 33 percent in January